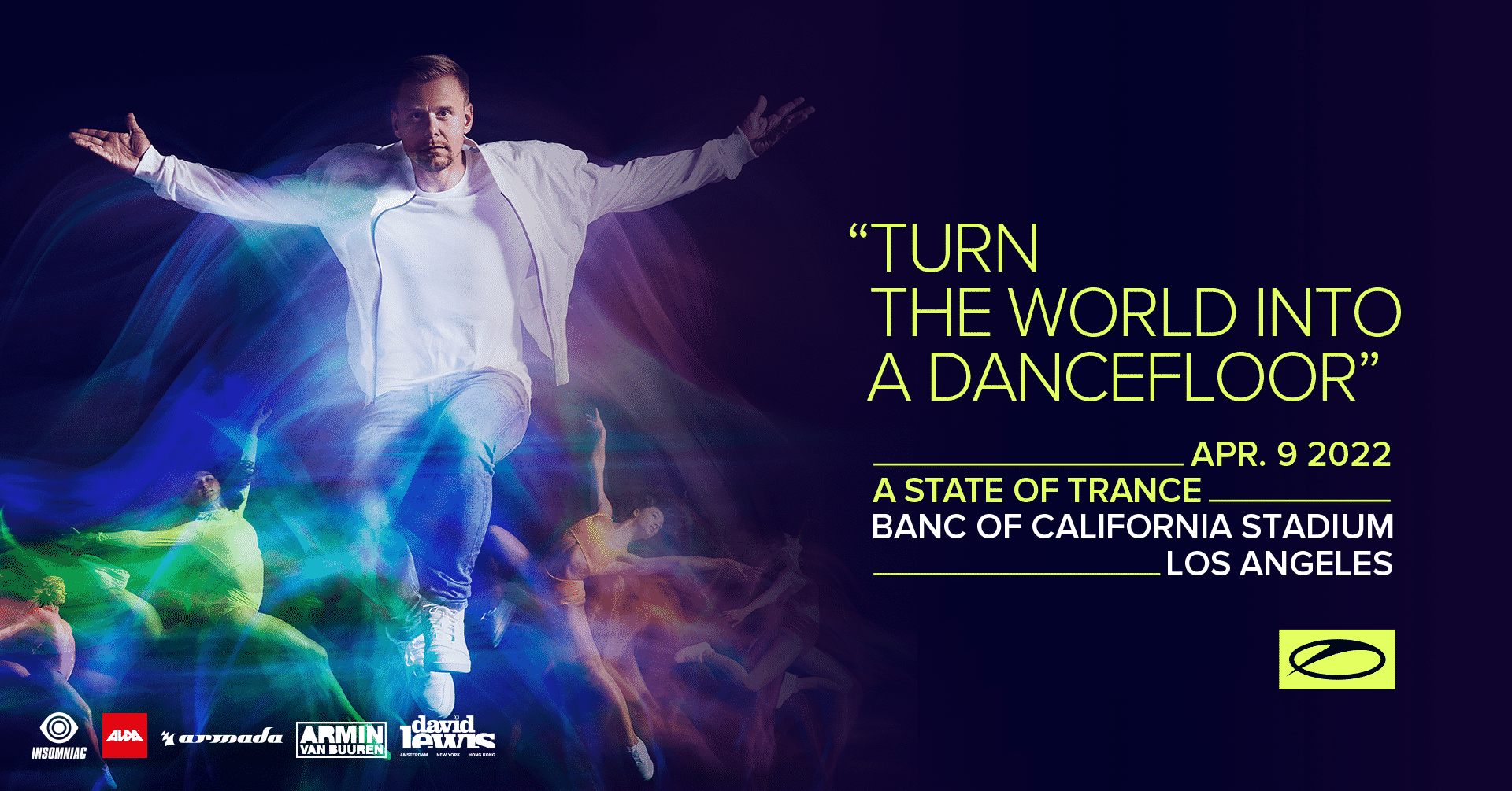 2022 looms as an exciting year for Armin van Buuren and his A State Of Trance festival, as the date and venue have just been released for ASOT 1000 in Los Angeles.

Saturday April 9 will see ASOT 1000 grace the 22,000 capacity Banc of California Stadium in what will be a celebration for the ages. After many postponements and uncertainty rocking the events industry, the ASOT 1000 festivities are set to continue thriving into 2022, with the flagship two-weekend Utrecht event taking place in February, as well as Krakow in March. Not to mention the fact that the Moscow and Amsterdam events took place a few weeks ago, and Mexico City occurred just days ago on November 19.

The Mexico City festival at the Foro Sol welcomed a stellar line-up, with artists such as Alpha 9, Gabriel & Dresden and Gareth Emery headlining the bill. This multi-purpose venue is no stranger to hosting some of electronic music’s biggest names; Tiësto stopped by for his Elements of Life world tour in 2008. Swedish House Mafia also brought their One Last Tour there in 2013, as well as in 2019 for their Save The World reunion tour (which welcomed 50,000 fans)!

The theme of ASOT 1000, Turn the World into a Dancefloor, is living up to its name. The anthem track by none other than Armin van Buuren himself, only amplifies what the festival stands for and what you’d expect to hear at an ASOT festival. It’s an amazing feat for van Buuren, who’s hosted the ASOT radio show for over 20 years now and has taken the festival all over the world in that time.

Despite this recent announcement, details are scarce at this point. If the previous ASOT line-ups are anything to go by though, we’re sure that ASOT 1000 Los Angeles will be no exception. We’ll be sure to keep you posted when the line-up and tickets drop! For more information regarding A State Of Trance, click here.