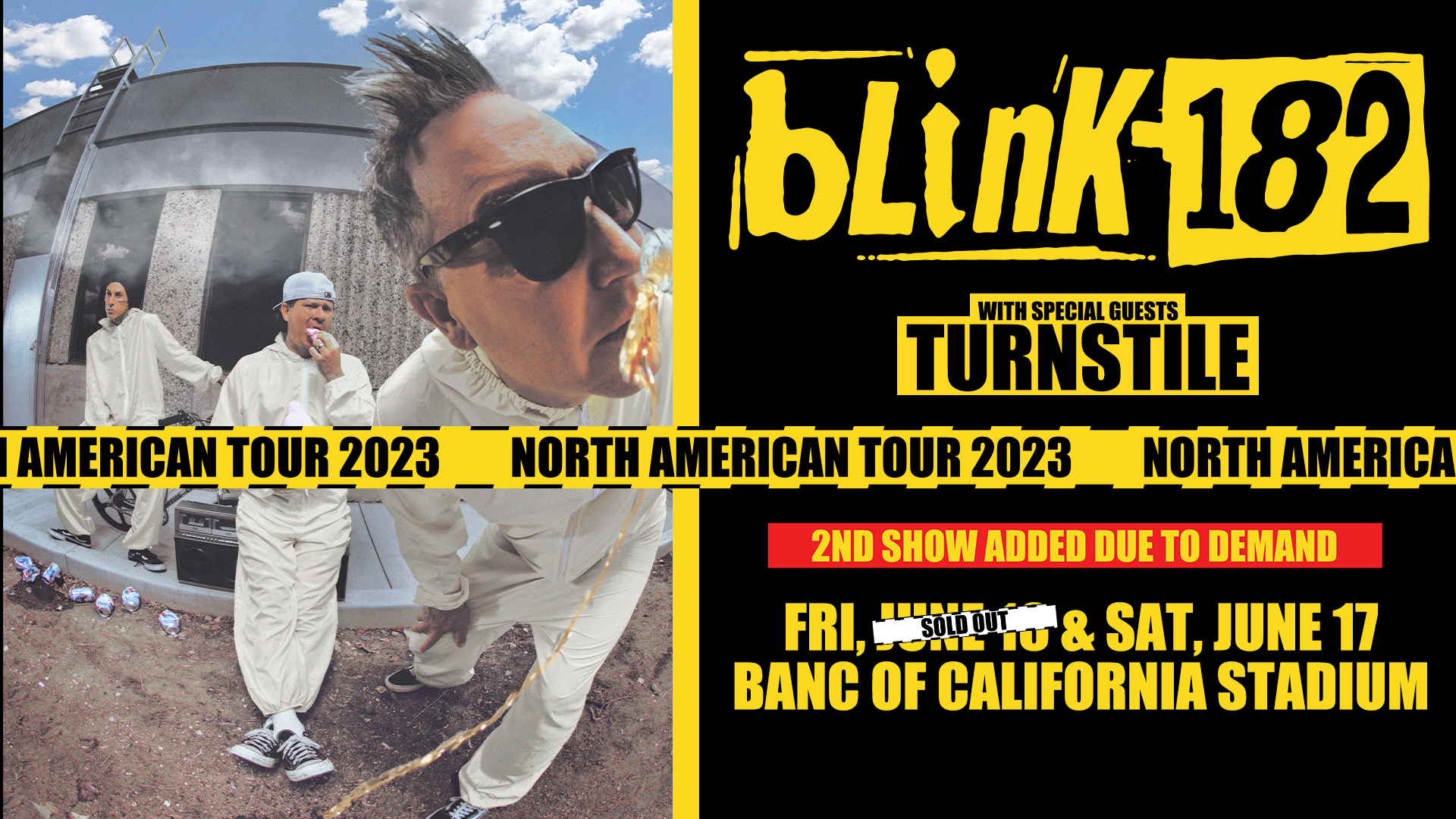 Due to incredible fan demand, multi-platinum, award winning group blink-182 have announced second shows in both Los Angeles and hometown San Diego on their biggest tour ever, a colossal global outing with Mark Hoppus, Tom DeLonge and Travis Barker reuniting for the first time in nearly 10 years. Produced by Live Nation, the worldwide trek includes their first ever performances in Latin America along with stops in North America, Europe,

Australia, and New Zealand starting March 2023 through February 2024. Full routing including the new dates are available below.

The band has also dropped their new single “EDGING” this Friday, October 14, marking the first time in a decade that Mark, Tom and Travis have been in the studio together. Stream it now HERE.

*With Support from Turnstile