Once Upon a Time in LA 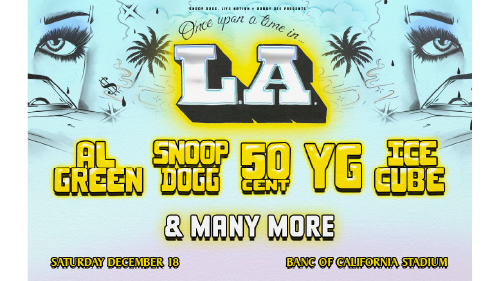 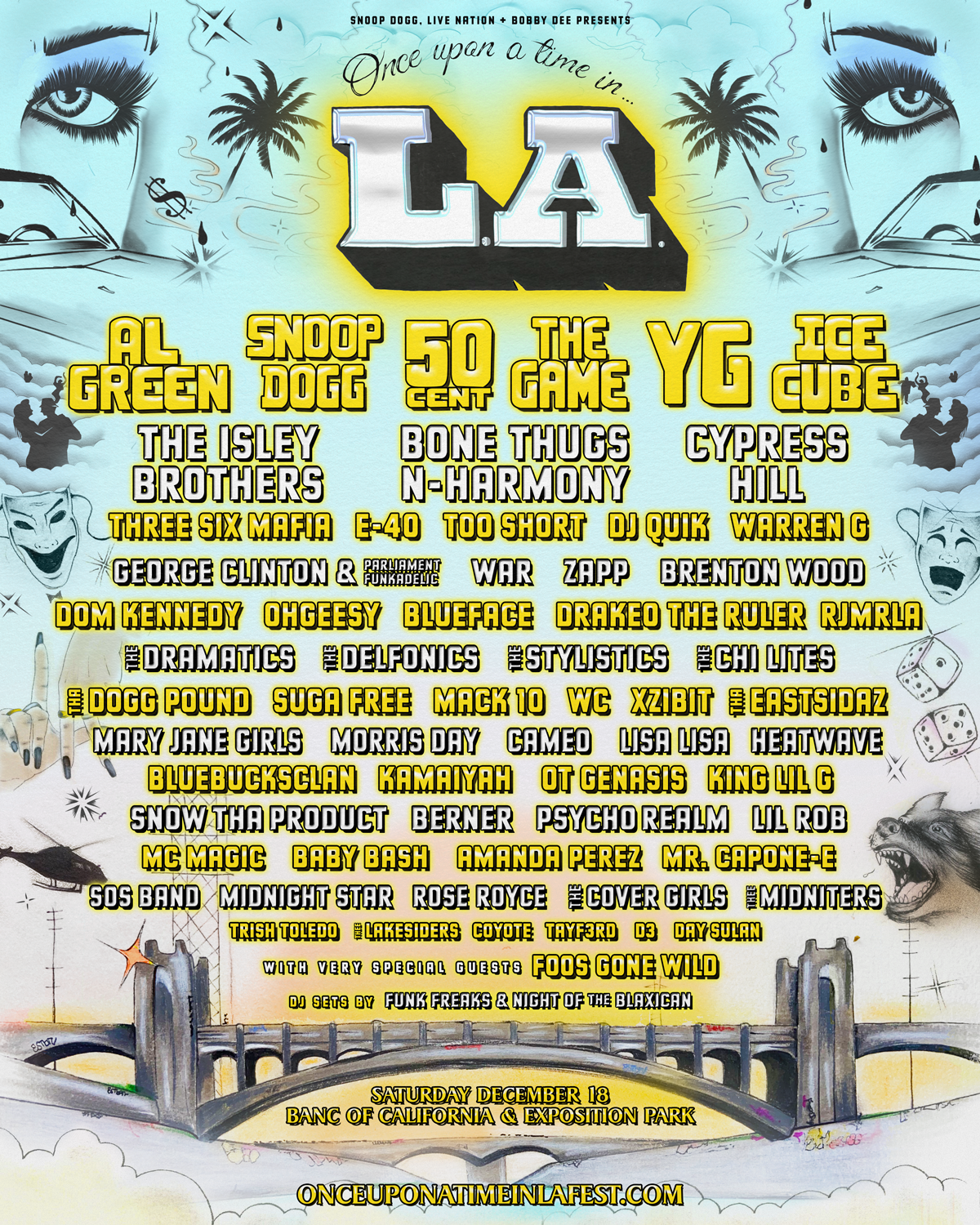 Once Upon a Time in LA

Once upon a time in a city so divine, dozens of (mostly West Coast) hip-hop legends came together for a one-day fest at Exposition Park.

Though the promoters are different, the vibes sound the same as a similar fest at the Queen Mary in 2019: Local icons like Snoop Dogg, Ice Cube, the Game and Cypress Hill join outside-of-L.A.–headliners like 50 Cent and Bone Thugs-N-Harmony, plus cross-generational legends like Al Green and the Isley Brothers.

The fest heads to the Banc of California Stadium and the surrounding park grounds on December 18. Tickets go on sale June 25 at 10am, and start at $160 for a general admission ticket, with more on sale June 28 at 10am.

We’ve really only scratched the surface of the lineup—from Three Six Mafia and Warren G to George Clinton and War—so check out the full lineup poster below.