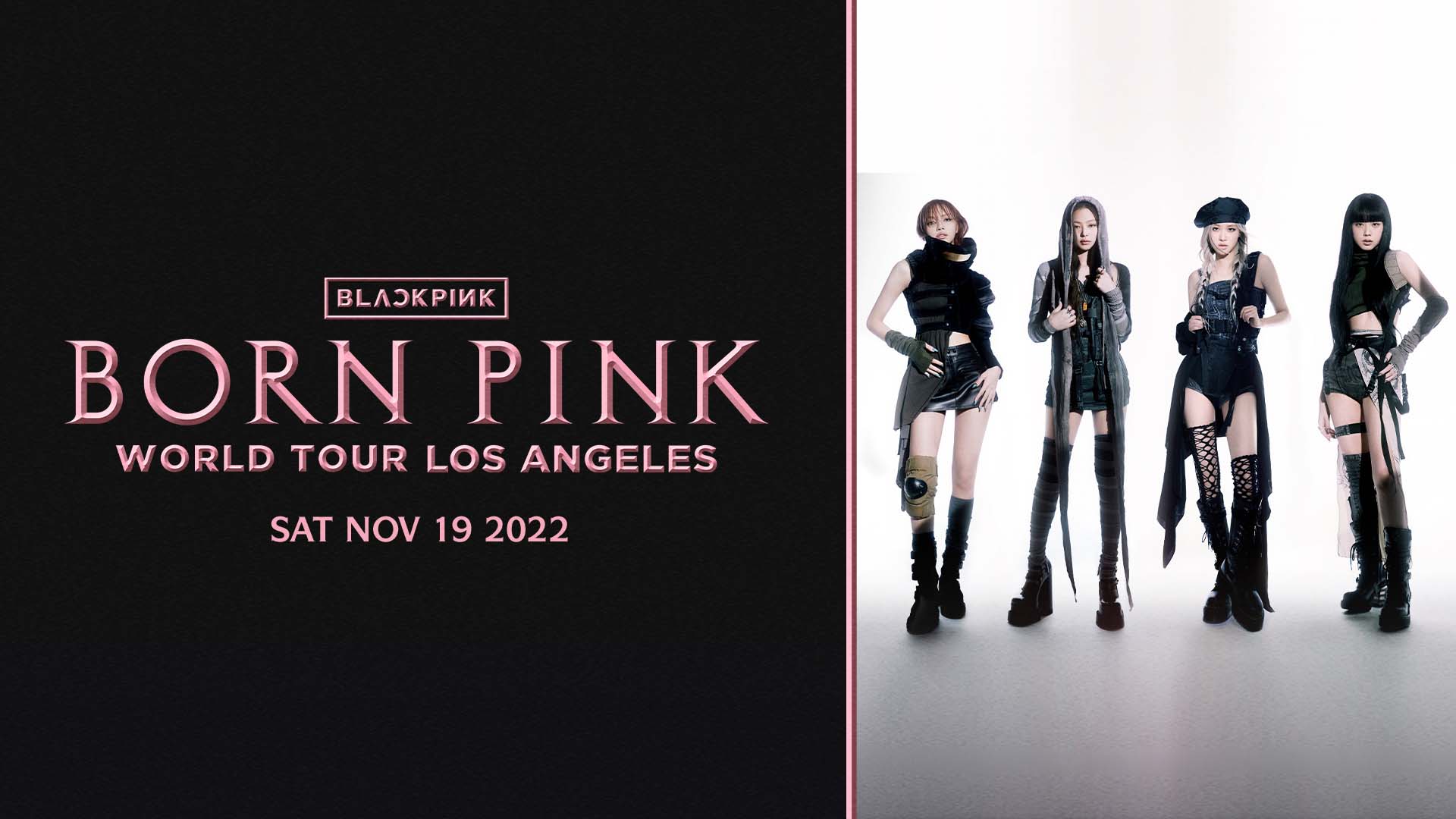 Today, global superstars BLACKPINK announce their 2022 North American and European tour kicking off on October 25 in Dallas, TX. BLACKPINK WORLD TOUR [BORN PINK] is in support of their highly anticipated forthcoming second studio album BORN PINK(slated to release on September 16 Via YG Entertainment/Interscope Records). The most popular girl group on the planet will tour 14 cities across North America and Europe including two nights in London at the O2 Arena and one stadium show in LA at the Banc of California Stadium. Following the release of their recent single, “Pink Venom” the record-breaking group and the most-subscribed music act on YouTube with over 80 million followers. They also set two Guinness World Records including most-viewed music video within the first 24 hours of release and earned the status of most-followed girl group on Spotify.

The tour kicks off in North America at American Airlines Center in Dallas, TX on Tuesday, October 25 and will visit arenas in Houston TX, Atlanta GA, Hamilton CAN, Chicago IL, Newark NJ and wraps in Los Angeles CA at Banc of California Stadium on Saturday, November 19. The tour resumes in Europe at London’s O2 Arena on Wednesday, November 30 and Thursday, December 1. Continuing on to Barcelona, Cologne, Paris, Copenhagen and Berlin (date has been moved to Monday, December 19), the tour concludes at Ziggo Dome in Amsterdam on Thursday, December 22. Register now for BLINK MEMBERSHIP Presales on Weverse for North America HERE and Europe HERE. For additional information on how to verify BLINK MEMBERSHIP Presales and to register for GENERAL Presale in North America visit blackpinklive.com. Presales start Tuesday, September 13 at 10am local time. Tickets go on sale to the general public Friday, September 16 at 10am local time. VIP packages will be available. BLACKPINK recently made history with the biggest release by a female group or solo artist this decade for their single “Pink Venom” from their forthcoming album BORN PINK. The song debuted at No.1 on Spotify’s global top songs chart and amassed over 7.9M streams within the first 24 hours. On YouTube, the official music video reached 100M views faster than any video by a female group ever, with 90.4M views being within the first 24 hours. Already at over 245M views, this was the biggest YouTube debut of 2022. The record will be followed by the arrival of BLACKPINK’s sophomore album, BORN PINK, on Friday, September 16. Pre-order at https://lnk.to/YG_BLACKPINK.

One of the most massively successful K-pop groups in music history, BLACKPINK have redefined the global pop landscape since first bursting onto the scene in 2016. Along with boasting the #1 most-subscribed artist channel on YouTube, the South Korean quartet has achieved such boundary-defying milestones as scoring the highest-charting album by a female group in over a decade and becoming the first K-pop girl group ever to perform at Coachella (the largest music festival in the U.S.). Comprised of JISOO, JENNIE, ROSÉ and LISA—all immensely charismatic vocalists, dancers, and fast-rising fashion icons—BLACKPINK began their meteoric rise with their 2016 debut “SQUARE ONE” and further proved their crossover power with “SQUARE UP” (a 2018 release that quickly cracked the Billboard 200).

Soon after signing with Interscope Records through a global partnership with YG Entertainment, the group made their full-length debut with 2020’s immediately iconic THE ALBUM. THE ALBUM shot to #2 on the Billboard 200 and landed three singles on the Billboard Hot 100: “How You Like That” (the iconic single that shattered several YouTube records, including fastest video to cross 150 million views), “Ice Cream” (a collaboration with Selena Gomez that broke the record for highest-charting female K-pop group on the Hot 100), and “Lovesick Girls” (a track that’s sold over 1.4 million copies worldwide, making BLACKPINK the first K-pop girl group to sell over a million units). Through the years, BLACKPINK have also garnered a number of major awards (including three E! People’s Choice Awards and most recently awarded Best Metaverse Performance at the 2022 MTV Video Music Awards where Lisa also made history as first K-pop soloist to win Best K-pop Act), collaborated with superstars like Dua Lipa and Lady Gaga, performed on “The Tonight Show,” and starred in BLACKPINK: Light Up the Sky (a 2020 film hailed by the New York Times as an “endearing documentary that emphasizes each member’s individuality”). With over 6.3 billion career Spotify streams to date, BLACKPINK are now set to deliver their wildly anticipated sophomore album BORN PINK (due out September 16). Less than a month after BORN PINK arrives, the group will hit the road for their 2022/2023 world tour kicking off on October 15 in Seoul, South Korea.

Combining the power of the live event with a focus on true artist development, AEG Presents is a world leader in the music and entertainment industries. Operating across five continents, the company has an unparalleled commitment to artistry, creativity, and community. Its tentpole festivals and multi-day music events — which include the iconic Coachella Valley Music & Arts Festival and the legendary New Orleans Jazz & Heritage Festival alongside British Summer Time at Hyde Park, Stagecoach, Hangout Festival, Electric Forest, and Firefly — continue to set the bar for the live music experience. AEG Presents promotes global tours for artists such as The Rolling Stones, Ed Sheeran, Elton John, Taylor Swift, Celine Dion, Justin Bieber, Kenny Chesney, Paul McCartney, and Katy Perry, in addition to — through its network of clubs, theatres, arenas, stadiums and renowned partner brands such as The Bowery Presents, Concerts West, Frontier Touring, Goldenvoice, Madison House Presents, Marshall Arts, Messina Touring Group, PromoWest Productions, and Zero Mile Presents — creating and developing an unmatched infrastructure for artist development and audience reach. More information can be found at www.aegpresents.com.