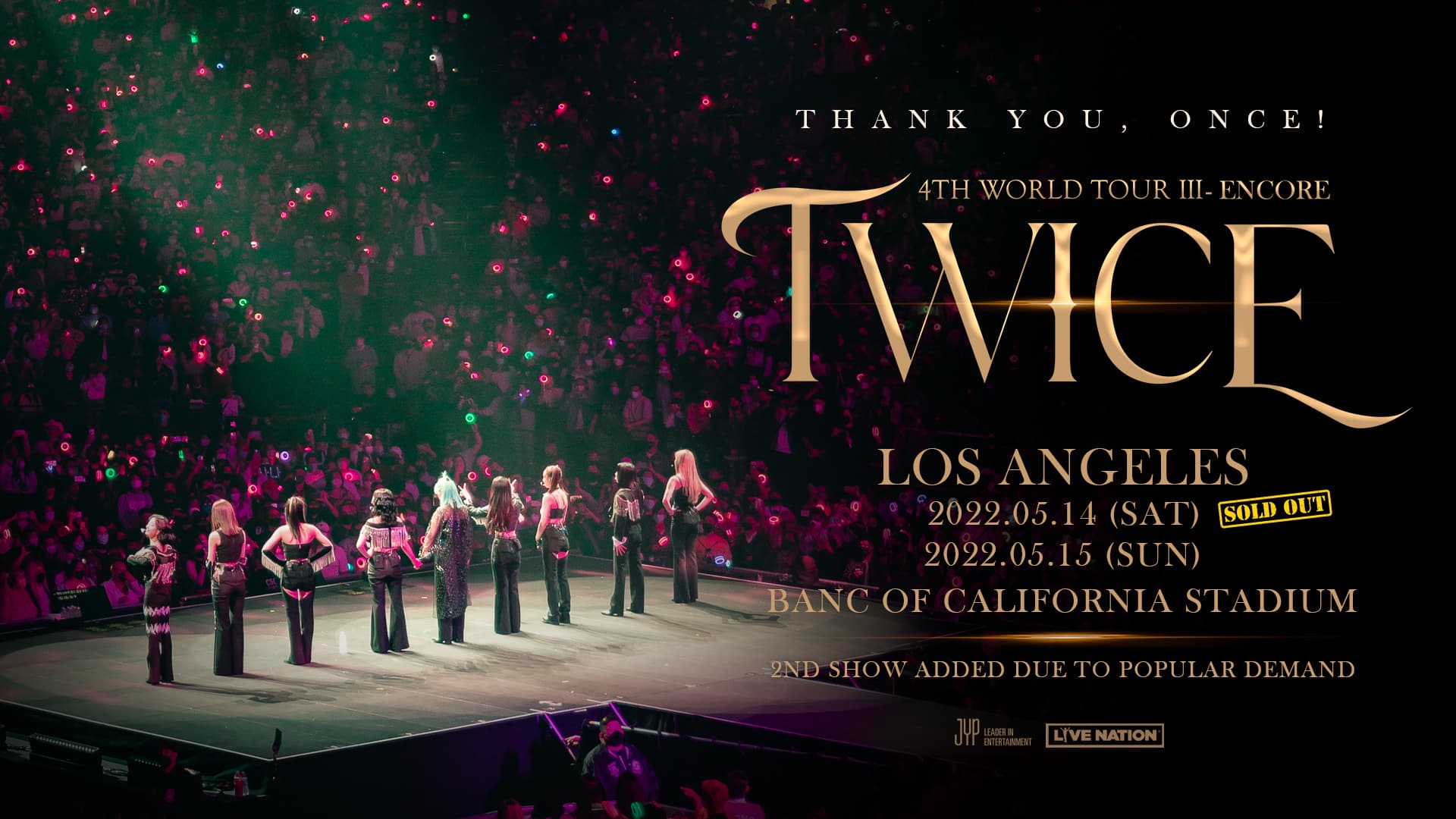 Due to overwhelming demand, International K-Pop sensations TWICE have announced an additional show at Banc of California Stadium in Los Angeles onSunday, May 15th as part of their 4TH WORLD TOUR ‘Ⅲ’ ENCORE in North America. This latest announcement comes off the heels of their sold out show in Los Angeles at the Banc of California Stadium on May 14th and two sold out nights at The Forum in February. Their 4TH WORLD TOUR, which opened in Seoul in December of last year, has sold out stadiums and arenas across five cities in North America including Los Angeles, Oakland, Fort Worth, Atlanta and New York.

TWICE’s latest 3rd full length album Formula of Love: O+T=<3, released in November 2021, charted third on the Billboard Top 200 and stayed in the chart for eight weeks in a row. Their 10th mini-album Taste of Love, released in June of last year, ranked sixth on the Billboard Top 200 and set the highest record in the history of K-pop girl groups’ mini-album.

Last month, the music video for the third title song on TWICE’s full-length album, “SCIENTIST,” exceeded 100 million  views on YouTube becoming their 20th music video surpassing 100 million views following those for all 16 title songs, their first English single “The Feels” and 3 songs released in Japan. Among those tracks, the videos for “TT,” “LIKEY,” “What is Love?” and “Fancy” exceeded 500 million views collectively, with a total of 13 music videos securing more than 300 million views – the largest viewership numbers of any girl group worldwide.

WHEN & WHERE: Sunday, May 15that Banc of California Stadium