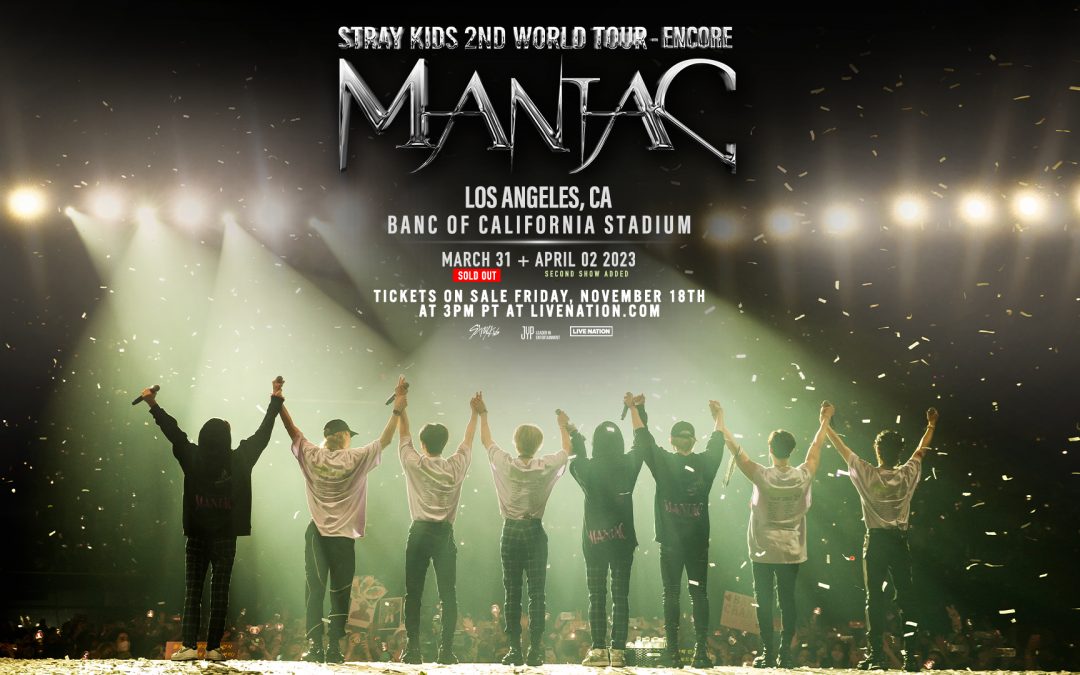 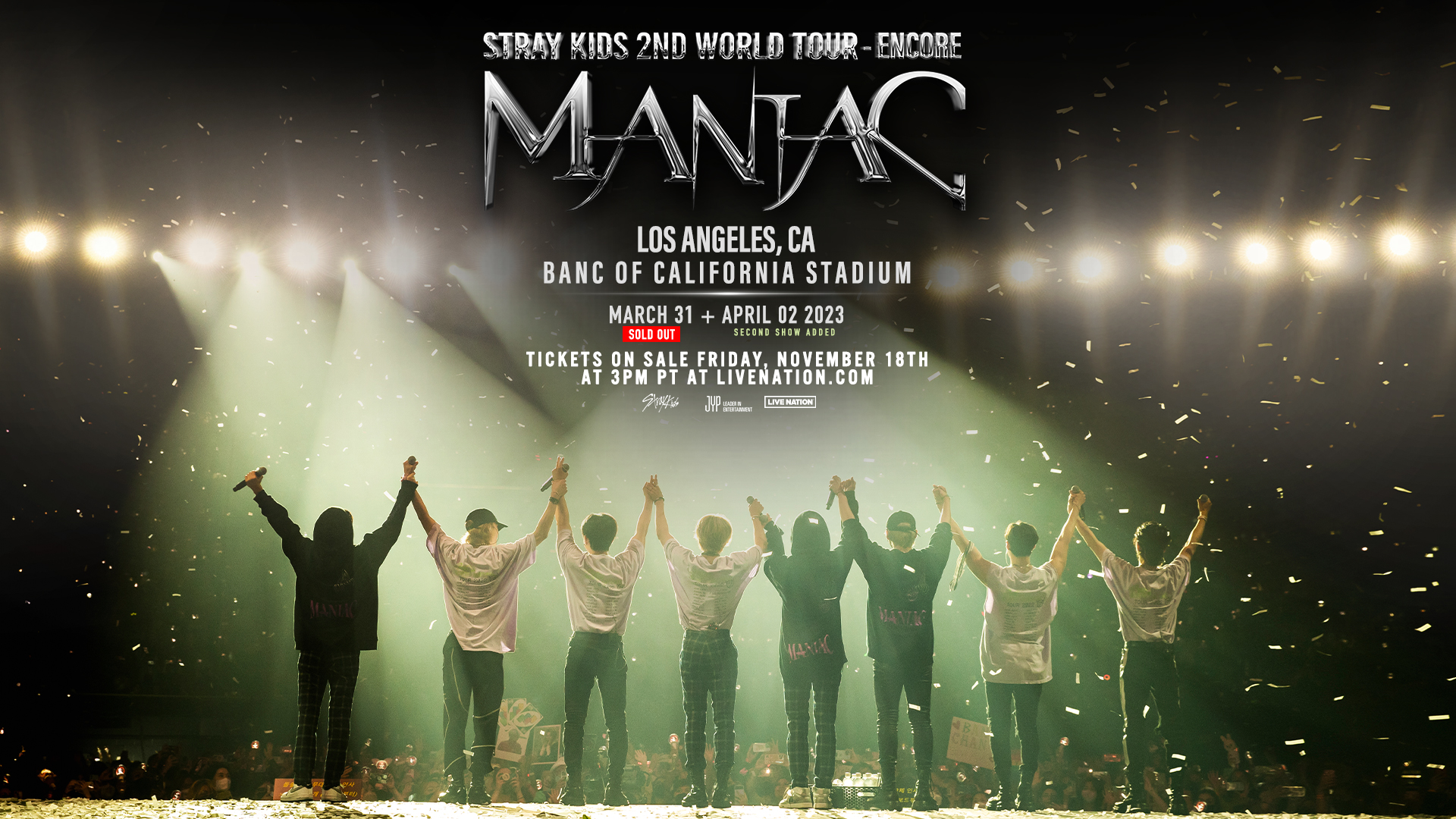 Due to overwhelming demand, a 2ND show has been added.

International K-Pop group, Stray Kids, who have swept the 2022 Billboard charts and most recently announced shows in Australia, Jakarta, Atlanta and Fort Worth as part of their 2nd World Tour “MANIAC”, have now announced a special encore show at LA’s Banc of California Stadium. This show marks the first headlining stadium show for the group. The announcement comes following their North American run earlier this year. The eight-member South Korean group consisting of Bang Chan, Lee Know, Changbin, Hyunjin, Han, Felix, Seungmin and I.N are also celebrating their 5-year anniversary as a group with their global tour.