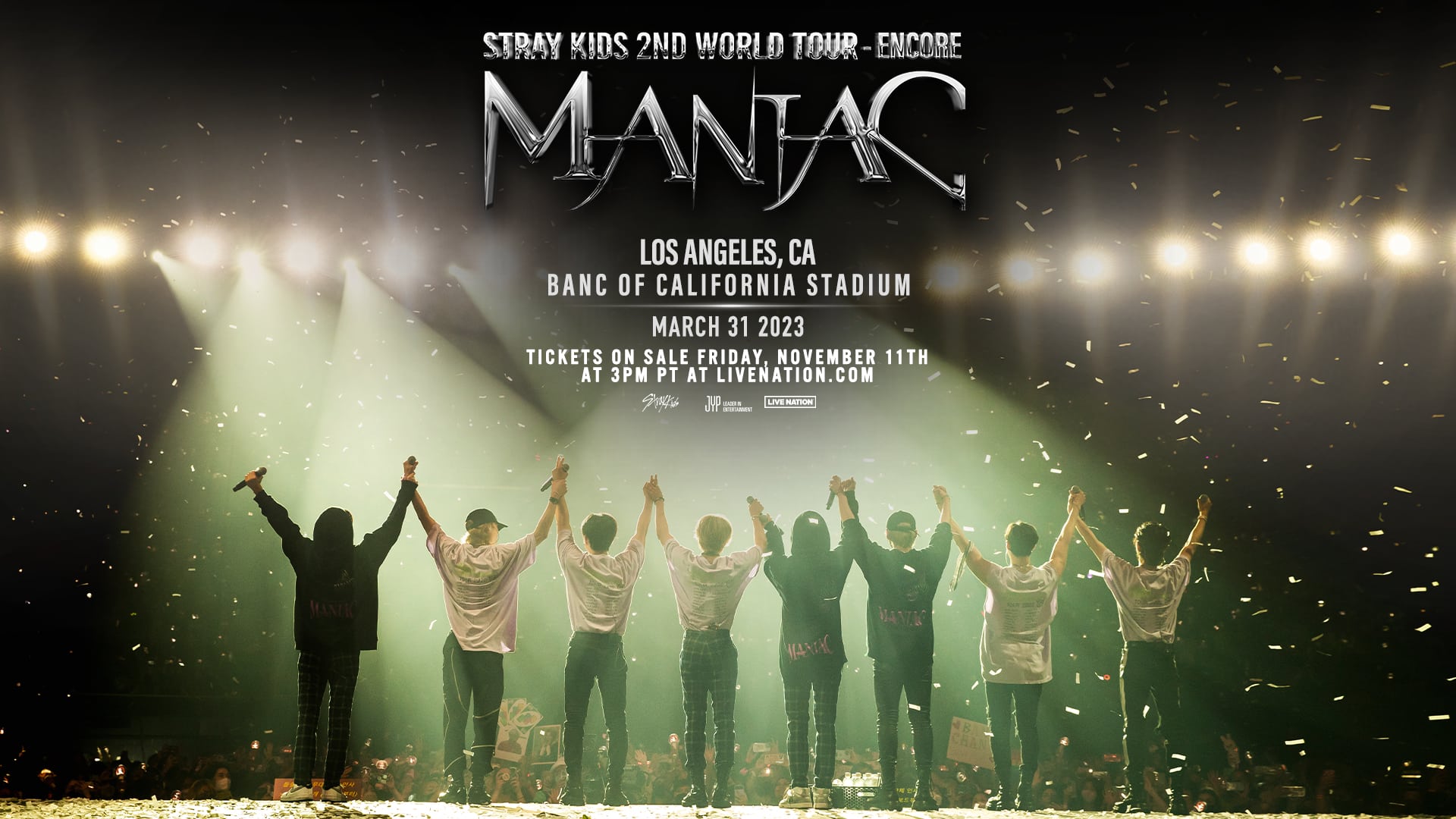 International K-Pop group, Stray Kids, whohave swept the 2022 Billboard charts and most recently announced shows in Australia, Jakarta, Atlanta and Fort Worth as part of their 2nd World Tour “MANIAC”, have now announced a special encore show at LA’s Banc of California Stadium. This show marks the first headlining stadium show for the group. The announcement comes following their North American run earlier this year. The eight-member South Korean group consisting of Bang Chan, Lee Know, Changbin, Hyunjin, Han, Felix, Seungmin and I.N are also celebrating their 5-year anniversary as a group with their global tour.

Stray Kids’ mini album ODDINARY landed at number 1 on the Billboard’s 200 albums chart in March 2022 with the group staying on the charts for seven consecutive weeks. The title track of their mini album ‘MANIAC’ music video recorded over 5 million views on Youtube within 9 hours, 10 million views within 19 hours, and surpassed 50M views within 2 weeks. Their latest EP MAXIDENT hit number one on the Billboard 200 chart together with being the No.1 on the Top Album Sales chart, the Top Current Album Sales chart, and the World Albums chart of Billboard. These achievements made them  join an exclusive group of K-POP artists to re-enter the Billboard 200 chart on two occasions. Their most recent accolades confirms Stray Kids have cemented themselves as global K-POP stars.

To apply for media credentials for show coverage: livenation.com/pressrequests