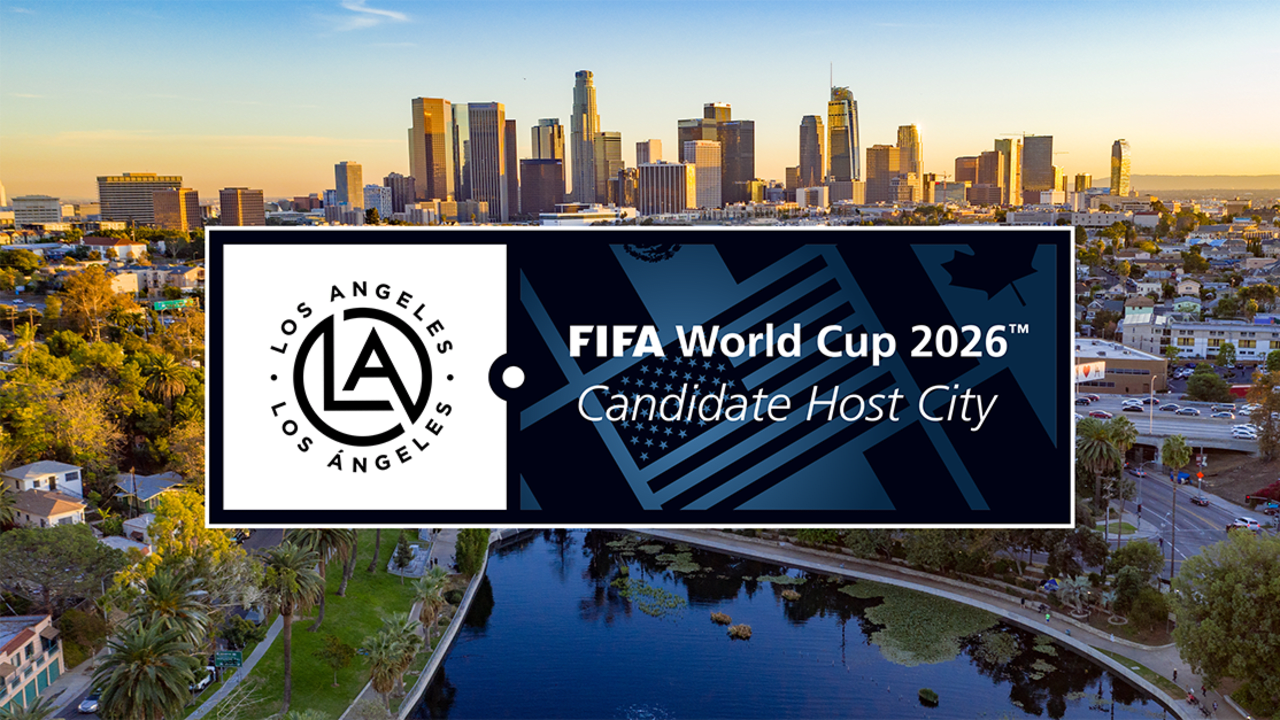 A successful bid would add to the Los Angeles region’s longstanding reputation as the nation’s No. 1 soccer city, building on the 1984 Olympic tournament, the 1994 FIFA World Cup™ and 1999 FIFA Women’s World Cup™ – which collectively remain the largest-attended FIFA World Cup™ events in history.

“Los Angeles has a rich and storied soccer history with a deeply passionate and diverse community of fans, from youth athletes to global superstars,” said Chris Klein, Galaxy President. “This city is a multicultural epicenter with supporters of teams and nations throughout the world. L.A.’s resources and infrastructure will set the standard for a host city and make it a perfect location for the most celebrated tournament in the world.”

The pair lead a committee whose offerings to FIFA and U.S. Soccer include the choice of two iconic stadium options in the Rose Bowl Stadium and the new state-of-the-art SoFi Stadium and Hollywood Park. The region also boasts numerous locations available for training sites or base camps for international teams.

“L.A. is truly a soccer city,” said Larry Freedman, LAFC Co-President. “From playgrounds to city parks, kids and adults alike play soccer here from dawn until dusk. We are proud to be a part of the Los Angeles World Cup Host Committee, working with other members of the Committee to make our collective vision of bringing the world’s best players to the world’s city a reality.”

The Host Committee is a united soccer front established to deliver a once-in-a-generation opportunity for Los Angeles, that will drive lasting social, cultural, and economic impact for the region. The effort is led by the Los Angeles Sports & Entertainment Commission (LASEC) and includes the Los Angeles Rams Foundation, Rose Bowl Legacy Foundation, LAFC Sports Foundation and the LA Galaxy Foundation.

The World Cup bid builds on the Los Angeles region’s reputation as the nation’s preeminent soccer force, from the global stage to the city’s youth ranks. In 2019, soccer finished in a virtual tie (24.2%) with swimming (25%) and basketball (24.3%) for the highest participation rate among youth ages 6-17 in Los Angeles County, according to the 2020 LA84 Foundation Youth Sports Participation Survey for the Play Equity Fund. The event’s return to the region would be another catalyst for the sport’s continued growth across the U.S.

“Hosting the World Cup will spur meaningful impact, both during the games and in the years to follow,” said Kathryn Schloessman, Los Angeles Sports & Entertainment Commission President & CEO. “Small businesses will shine on a brighter stage, volunteers will break into the sports and entertainment industry, and young people will be inspired to pursue their dreams. This event is as much about leaving a legacy as it is about bringing world-class soccer to Los Angeles.”

In addition, Los Angeles will host the 2021 MLS All-Star Game featuring the MLS best taking on Liga MX all-stars on August 25, 2021, at Banc of California Stadium. For the first time, two rival leagues will go head-to-head in an unprecedented matchup that will be the summer’s showpiece event, as the entire soccer community unites to celebrate North American soccer culture right here in Los Angeles.

The FIFA World Cup 2026 ™ will take place across North America, with cities in Canada, Mexico and the USA all set to host matches. Los Angeles is bidding for the opportunity to host multiple matches, a fan festival, and other ancillary events.The Host Committee is expecting FIFA to finalize the 16 host cities from the proposed slate of 23 candidates by the end of 2021. The United States has proposed 17 candidate host cities, and 10 of these destinations are expected to be selected in the final round.

For more information on Los Angeles being a candidate host city for the FIFA World Cup 2026™, please visit www.LASEC.net/los-angeles-2026.